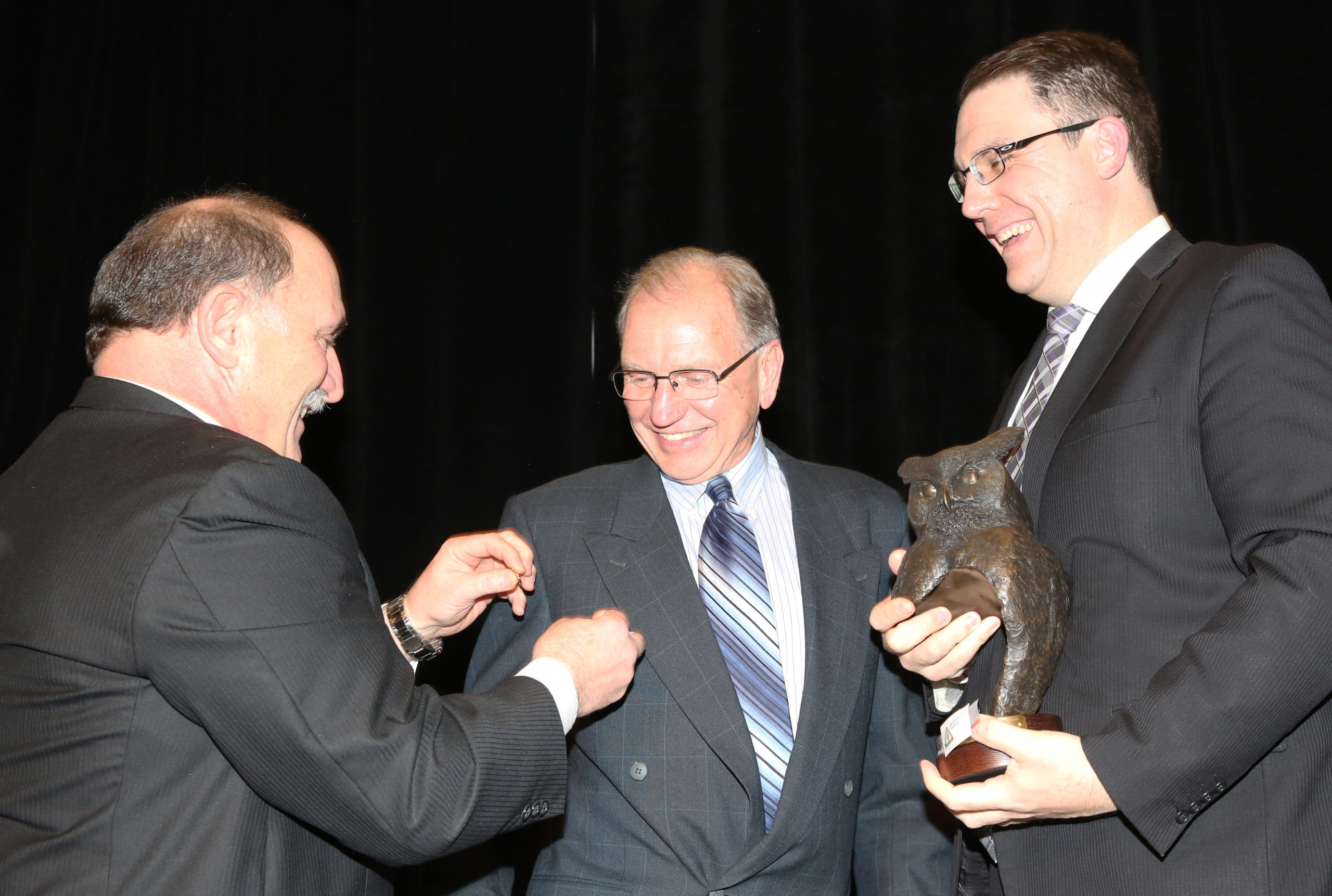 The 18th Annual Conservation Education W.I.S.E. Awards and Banquet held on February 8, 2020, at the BMO Centre in Calgary, was a very special event in many ways. Despite the continued challenging economy in Alberta, our friends and corporate partners supported our cause through their attendance as well as donating items for the evening’s silent and live auctions. During the evening we honoured a deserving recipient, who holds a special place in our hearts, for his life-long commitment and work done for the sake of conservation Education. It was a festive and memorable event that brought together people from throughout the province to help commemorate 56 years of Conservation Education.

We were very pleased to have the Honourable Jason Nixon, Minister of Environment and Parks, attend and provide the opening address to attendees. Minister Nixon is very familiar with the work that we do, and the importance of Conservation Education programs for all Albertans. He spoke of his passion for our rich and diverse wild spaces, and personal experiences as an avid hunter. His attendance reaffirmed the important alliance we have with the Provincial Government, for which we are both grateful and proud. Although unable to attend due to a prior engagement, Premier Jason Kenney provided a letter of support, acknowledging AHEIA’s leadership and commitment to Conservation Education. We are honoured to be recognized by the highest levels of provincial government as stewards of the environment and her wildlife within.

A highlight of the evening was the presentation of this year’s W.I.S.E. Award to an exceptional Albertan, who was recognized for a lifetime of conservation-minded contributions to both public service and our cause. The following is an excerpt from the presentation made to this outstanding individual.

The Overall Conservation Alva Bair Memorial Award is intended to honour the memory and amazing contribution to the cause of Conservation made by Alva, and the recipient is recognized for demonstrating similar levels of passion and commitment to wildlife and wild places. Alva left us on March 4, 1999 but his legacy lives on. By presenting this award, Alva’s name, personality and love for wild things and wild places will be perpetuated.

From a very young age Dave remembers camping and fishing at lakes with his family in both Alberta and B.C., and as a teenager Dave began fishing on his own and with friends in streams and rivers in his hometown of Edmonton. He sought out schoolmates who fished and hunted and joined up with them whenever they ventured out. He was mentored by older brothers of school mates, as at the time there was no structured mentoring that existed. Every chance they got they would go – the boys even brought their shotguns to school and went out after classes and hunted, though Dave only fished. When he was 12 and 13 years old, he spent his time studying maps and would circle places where he would like to eventually go fishing and hunting.

Thinking about his future, Dave was certain he would get into a field that enabled him to be outdoors and he knew he was going to do something conservation based with his life. In 1973 he enrolled in a two-year Biological Sciences Diploma through NAIT, where graduates would become Parks Officers, Wildlife Technicians and Wildlife Officers.

Dave’s first job was with Alberta Fish & Wildlife, working on a migratory bird crop depredation program near the farming community of Eaglesham, Alberta, approximately 120 km south of Peace River. It was an area where four to five thousand birds would gather during their migration and eat the farmer’s wheat and barley. Dave, along with two others hired on the project, would monitor and count the birds. They used scare cannons and decoys to move the birds to bait stations, where they would then use net cannons to the catch birds so they could band and study them. Even though he worked 7 days a week, often 14 hours a day, Dave thought it was loads of fun. He had a truck, a hotel room, a gas card and a shotgun, and with his supervisor 60 miles away, he thought it was the perfect job. The contract ended in November after four months when all the birds left after freeze-up. That winter, Dave applied for two jobs with Alberta Fish & Wildlife – one in Enforcement and the other in Hunter Training. In March 1976 he was offered both positions and he took the Hunter Training Officer position through the Edmonton office – he was just 22 years old.

Dave ran the Narrow Lake Hunter Training camp for Alberta Fish & Wildlife. Hundreds of schools booked outdoor experiences for their students, involving shooting, archery and camping. While working at the camp, a staff member took Dave under his wing and taught him big game hunting.  He remembers his first successful hunt, getting permission from a landowner to hunt on his property and quietly waiting in a field every night on a log pile, until one night he shot a mule deer fork-horn buck. From then on, he was hooked on both bow and rifle hunting.

The fourth year into his job, Alberta Fish and Wildlife made some changes and Hunter Education fell into the Enforcement section. Dave became an Enforcement Officer and aside from his enforcement responsibilities, he continued teaching Hunter Education and provided firearms training for all new officers. Unfortunately in 1996 when schools started moving away from outdoor education programs, Dave’s position was abolished and he was faced with having to do full-time enforcement, which would involve transferring to a remote town in Alberta, or leave Fish & Wildlife. After 21 years with Fish & Wildlife, Dave said “it was devastating, but it all turned out for the best”.

In the early days Hunter Education was AHEIA’s main focus, however Dave claims Bob could see that so much more could be done and says that his role was to act in support and help grow the AHEIA Conservation Education group of programs. His description is very modest as his role was substantial! Aside from evolving Hunter Education, they expanded the Fishing Education program and took over the Canadian Firearms Safety Course program in Alberta from the RCMP. At Fish & Wildlife, Dave developed a Mentored Hunt program called the First Time Hunter Program. He remembered the “interesting” training he had as a teenager from his schoolmates, and over the years at AHEIA developed and expanded the program to what it is today – now upwards of 400 people per year experiencing their first-time hunt through AHEIA’s Mentored Hunt program.

In 2007 the National Archery in the Schools Program came to AHEIA and Dave became AHEIA’s Provincial NASP Coordinator. The program started with 12 schools and now there are over 400 province-wide that are involved, with 30,000 students participating in NASP each year. In the beginning, a provincial tournament evolved as schools wanted to know how their students compared with others. The first year a tournament was offered, and 100 students registered and participated at their schools. Last year at the Edmonton EXPO Centre there were 93 schools that attended the tournament and 1870 students registered for the event. This year Dave is anticipating over 2000 students to be registered. Although retired, AHEIA’s NASP Program is very close to Dave’s heart, having developed it in Alberta since its infancy, and he will be running the tournament again this year.

Throughout his years at AHEIA, Dave worked tirelessly to help develop educational programming for all Albertans. He provided instruction in programs and courses such as the Outdoor Women’s Program, teacher’s seminars, International Bow Hunting Program, student camps, NASP, Fishing Education, Hunter Education, Pleasure Craft Operator Training, online training, Firearms Safety Training, and the list goes on. His development of the Mentored Hunter Program has brought landowners, mentors and students together throughout the province and his contribution to Conservation Education in Alberta is immeasurable.

The old adage of being retired and having little time is very true for Dave. He and his wife Lucille are avid outdoor people, and have carried on the tradition of camping, fishing and hunting that they have done with their children since they were very young. Dave’s favourite activity is bow hunting moose, and his passion and enjoyment for fishing and hunting has extended to family and friends, evident during their family fishing trips and tournaments. It is our wish for Dave that he finds more time to continue to participate in these activities that he has made his lifelong passion.

We are anticipating 2020 to be one of our busiest years on record, with an emphasis on new program development and increased participation in leagues and workshops. In order to do this and satisfy the demand for our unique offerings such as the Outdoor Women’s Program, Youth Hunter Education Camps and AHEIA’s renowned Mentored Hunt Program, we require the assistance of many volunteers. This year we are hoping to expand our roster of volunteers to include more people who would be willing to share their knowledge and expertise, helping to enlighten and enhance our student’s enjoyment of wilderness activities. Please let us know if you are interested in becoming part of, what we believe, the most dedicated group of volunteers in the province.

With an increase in programming and ongoing maintenance and upgrades of our facilities, it is necessary for us to continue to raise funds in order to cover the costs of these substantial expenditures. The reduction of grants and donations, which keep our doors open, has provided a challenging environment for us to do so. To aid in this shortfall, we encourage you to purchase a ticket in our 100 for $100 Raffle. This annual raffle will raise some much-needed capital for AHEIA and offers you 100 chances at 100 prizes worth a minimum of $500.00 each. In total, there is over $100,000.00 worth of prizes up for grabs!  We also have many other terrific raffles throughout the year. Please visit our website, aheia.com, for more information. Our next big fundraising event will be the annual Spring Fling, held in Edmonton on Thursday, June 4th, and is another opportunity for you to provide some support. Please contact our Edmonton office if you would like to donate items for the auction or purchase tickets. We hope to see you there!

There are many ways you can keep track of the exciting events we offer throughout the year – subscribe to our monthly e-newsletter “The Bugle”, follow us on our social media feeds including Facebook, Twitter and Instagram, or frequently check our website which now includes a one-page calendar of AHEIA’s 2020 events that you can download and print. This quarterly magazine, provided to those who are members of AHEIA, is also a great source of information about programs and special activities. If you plan on visiting the Calgary Firearms Centre, check our website for upcoming closures or call the clubhouse at (403) 256-0665.

With spring just around the corner, our excitement for the warmer weather grows daily, providing a renewed energy to get outdoors. Bring a friend and join us at one of our centres for a scheduled event or workshop and be part of the many thousands of Albertans that will enjoy our wild habitat with appreciation and enhanced skills learned through Conservation Education programs.

Have a terrific spring and summer and we hope to see you very soon. 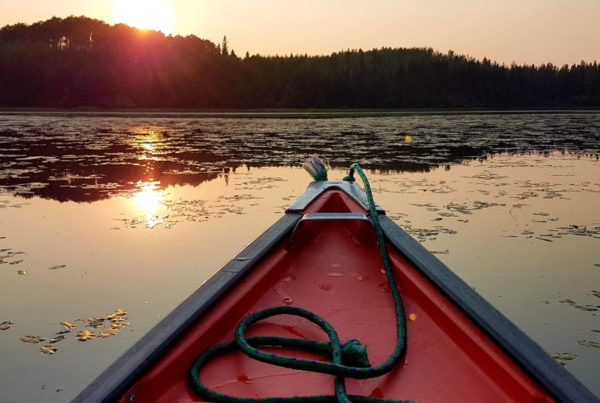 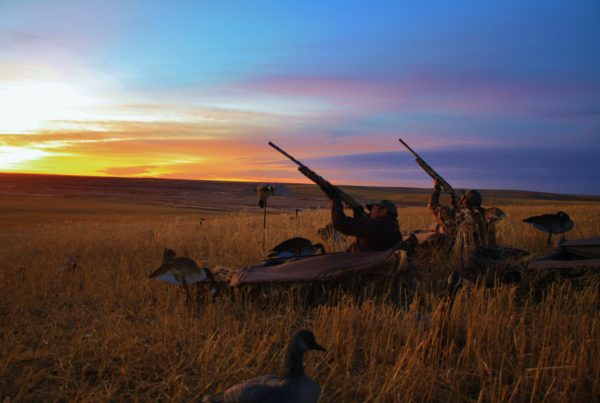 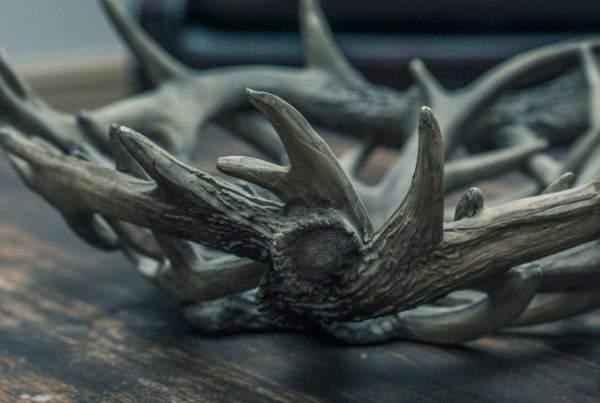 Spring is the time to go Shed Hunting!