Getting a new hunter out for their first upland game bird and pheasant hunt can be intimidating for even the experienced hunting mentor. I have had the opportunity to assist with two such hunts this fall, one in conjunction with the Medicine Hat Fish and Game Association and the other with the Big Country Rod and Gun Club out of Oyen. Both were fantastic experiences with a great group of mentors and an energetic and enthusiastic group of first time hunters.

The Hunt Setup and Preparations

In both hunts the organizers had arranged to get pheasants to release prior to the hunt, they arrived before the hunt and were put out in the area where permission had been obtained. The birds were spaced out so that hopefully single birds rather than groups of pheasants would be flushed out, to mimic hunting wild birds as closely as possible. The pheasants were put out shortly before the hunt began to give the hunters the best opportunity to find the birds without the birds running or flying out of the area or succumbing to predation.

Each first time hunter was paired with an experienced mentor, as well as having an additional dog handler working the dogs to find and flush the pheasants. Many kilometers were put on working the area that the pheasants were released into and for every step the hunters would take the dogs would run ten times that. Many birds were flushed, many shots were taken, and many laughs were shared throughout the hunt as the hunters learned about pheasant habits, habitat, hunting techniques and how much adrenaline plays a part in making a good shot when you are excited. Better yet, all the groups managed to hit a few birds. Afterwards everyone gathered to learn how to field dress the birds and prepare them for transportation and cooking.

Some Tips for New Mentors

As you are walking with the first time hunter it is a good time to explain the safety aspects of muzzle direction of the firearm, how to walk in an informal firing line, what the hunters safe zones of fire are, pheasant identification, the sounds the roosters make when they flush, habitat they frequent, how the dogs are working and what the dogs are doing. I find that when mentoring for pheasants I will be talking with the first-time hunter, answering questions throughout most of the hunt and trying to prepare them for the next time when I won’t be by their side and they will be hunting on their own. Discuss safety tips beforehand with the first-time hunter noting that sometimes the birds will ‘flush low’ and there will not be viable shots at them. Try to encourage the hunters to practice shouldering and shooting and help them get comfortable carrying the firearms for the first time.

When the dogs start getting birdy, and are on the scent of a bird, it’s a good time to explain how pheasants often like to run to the edge of the cover then flush from there or, if they’re in thick cover, they will try to hide until the last minute, then flush from cover. When the birds flush, as the mentor you will be calling the shot for the hunter as you will have a better perspective of safe zones, the height of the bird over the dog and the location of all involved in the hunting party, including the dogs.

Success of any mentored hunt is not about getting a limit, or folding a tag on a big game animal, but is about the experience of teaching and passing on your knowledge of wildlife and wild places to the next generation of hunters. I challenge any longtime hunter that strictly measures success by the size of antler, or the number of birds, to take a step back and remember that when they first started it was an intimidating feeling going out on your own the first few times and to encourage people to go out and experience what you did in your first hunts. Mentored hunting expands our hunting community past the traditional borders of parents teaching their kids and offers the opportunity to any person that is interested in getting into the sport we love, regardless of their current experience or situation. 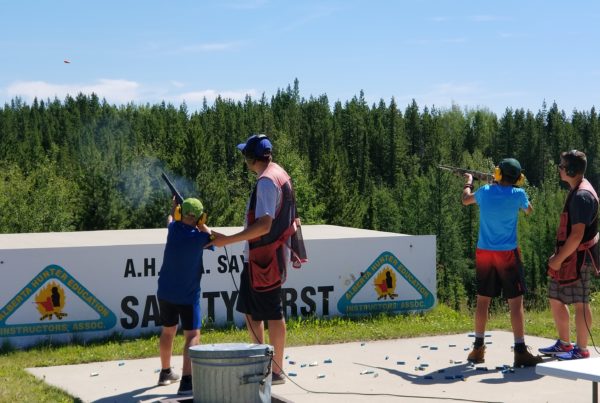